allow this to be played in web client at least... my school locks the chrome web store and has found a way to disable Dev mode

This is now available through the Play Store

So I have verified that the Parsec Android app works on Chromebooks. But for some odd reason, Parsec has decided not to publish to the Play Store. Which means, I have to put my Chromebook in Dev Mode. Just, why?

@Nachiket Vartak: I have the same question. And ChromeOS Dev mode isn't what I'm looking to implement.

@Benjy Boxer: Thanks, but I logged in and see just a blank page. What gives ?

It actually did work in a previous version through side loading. 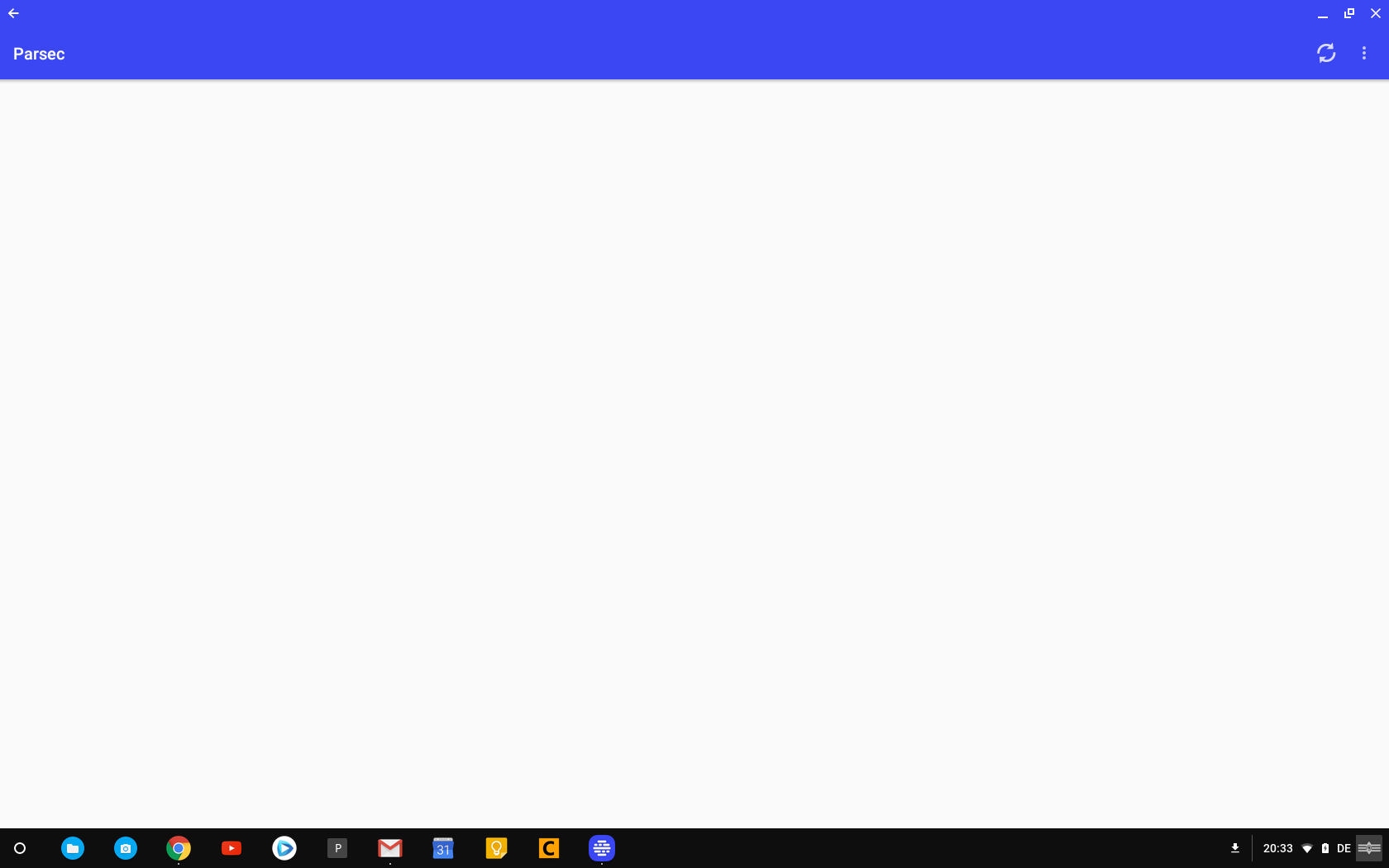 @Jimmie Butler: That's wierd. You are right, after I start the machine, it appears in the app. So you have to manually start a machine via the browser and then load up the app.

Now it tries to conenct but gives Error -6101. I find it strange that none of these things happened when I was side loading the app.

@Nachiket Vartak: Mine only shows up if the machine is up. Do you have a running machine?

With Android coming to more Chromebooks I would think rolling this into the Android testing would be the most effective way of supporting Chromebooks.

@Brian Sanders: ChromeOS (which is super selective on which machine supports Android apps), but not Chromium OS

@Viet: The trade off being another code base to support and additional development time.

Chrome Apps are being deprecated on all OS's with the exception of ChromeOS it self. The justification being that they just aren't used very much and web apps are more portable and provide enough functionality. With android apps being the new standard for apps on ChromeOS and Google releasing a new high powered Chrome device based on this model, I would not expect chrome apps to be a thing in a few years. So, I would still personally suggest not spending time on the app and instead work on the android app support on a chromeOS device. It seems to be the way things are moving, and reduces code base to maintain.

This would be incredibly useful. It should be able to handle it just fine as an extension, in the same fashion Moonlight does.